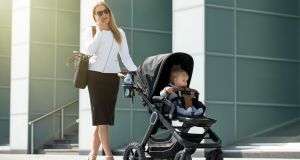 ‘The protection afforded by the law to female employees on maternity leave is extensive, and any employer who fails to comprehend this is definitely putting themselves at risk’

The introduction of maternity protection legislation in the 1980s was a significant legal milestone in the history of the State. It gave pregnant employees specific protection under the law. Current legislation dates from the 1990s and at its core is the right of a woman to go on maternity leave regardless of her length of service.

The Workplace Relations Commission (WRC) takes a dim view of employers that abuse the rights of pregnant employees and has penalised those who have either dismissed an employee for becoming pregnant or have tried to dismiss someone while they’re on maternity leave.

The right to return to work is also enshrined in the legislation, and any employer who tries to prevent this from happening is setting themselves up for a fall, says Patrick Walshe, partner and employment law expert with law firm Philip Lee.

Walshe points out that the legislation around the right to return is explicit and provides for an employee to go back to the job she had with the same terms and conditions.

“There is one exception to the general rule,” he says. “The 1994 legislation allows for an employer to provide ‘suitable alternative work’ if it is not ‘reasonably practicable’ for the employee to return to exactly the same work. This was recognition of the fact that roles may change over time and the job may not be precisely the same as it was before. However, there should be no change in status, for example, so if someone obviously loses out in seniority, this is actionable. Furthermore, employers should not overestimate the scope this clause gives them to make changes to an employee’s working patterns.”

Among other things, there can’t be any suggestion that the employee has been demoted

Where someone’s job has been materially changed in their absence and this is subsequently challenged, those presiding over the claim – usually the WRC – have taken what Walshe describes as “a careful approach to deciding what ‘suitable alternative work’ means”.

“Among other things, there can’t be any suggestion that the employee has been demoted, and the employer certainly doesn’t have carte blanche to make fundamental and detrimental changes to their employment package while they’re away,” Walshe says. As an example, he cites the experience of an employee who had worked as a credit controller prior to her maternity leave. On her return, she was told that she had been transferred to a job in sales. The WRC characterised this transfer as a demotion and she was awarded compensation of €80,000.

In the eyes of the law, this was a clear infringement of the rules, but not all employers’ offences are so blatant. There are also those that try a more subtle approach by creating a situation where an employee is so discombobulated by their new role that they simply leave. Walshe says this practice is equally unacceptable.

“There was a case where an employee was removed from her original role as head of production and asked to concentrate on dealing with complaints about the product when she returned to work,” he says. “It was held that the new role could not in any sense be considered ‘alternative’ to the original role and, crucially, it was determined that the employer’s intention was to manage the employee out by giving her mundane, non-essential tasks to do in the hope that she would leave in frustration.”

The first step for those returning from maternity leave who find their job has effectively gone or been changed beyond recognition, is to initiate a grievance process. This involves clearly stating what’s changed and asking for restoration. If the employer fails to engage, the next step is a formal claim for reparation which may be made via the WRC. The WRC does not expect claimants to have legal representation at its hearings and it takes note where people do not. However, it is now pretty much standard practice for claimants to take legal advice and to have their lawyer present.

Just how combative and adversarial the claims process becomes is largely down to the personalities involved and the attitude of the employer. Many claims are settled well before they ever get to the WRC. “The protection afforded by the law to female employees on maternity leave is extensive and any employer who fails to comprehend this is definitely putting themselves at risk,” Walshe says. “These claims are very often for not-insubstantial amounts and it still surprises me that we continue to get these claims given that maternity leave is at the pinnacle of employment protection.”

As a labour lawyer, Walshe sees all sorts of employment-related disputes, and his typical case load involves a mix of unfair dismissal, equality and disability claims, gender pay gap claims and claims related to bullying/harassment and workplace stress.

He says claims related to race, gender and sexual orientation are still relatively rare, while the most common equality claims include those relating to disability, with employees taking claims against employers who do not make sufficient workplace provision or accommodation for their disability.

German factory orders rise again in good sign for euro zone recovery 07:36
UK’s Primark reports £430m hit to sales from autumn lockdowns 07:22
Ryanair adds to Boeing order, Irish whiskey preps for rebound, and why we should listen to dissenting voices 07:01
Lend an ear to dissenters and sceptics who fear consensus 05:44
Tourism needs to shift to ‘a more ethical model’ 05:35