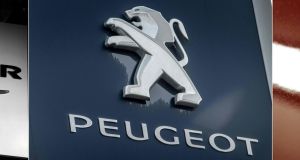 Talks between Fiat Chrysler and Peugeot owner PSA over a potential tie-up that could create a $50 billion car giant gathered pace on Wednesday, with one source saying a deal could be announced as early as Thursday.

The two groups said in separate statements they were holding discussions aimed at creating one of the world’s leading auto makers, better placed to tackle a host of costly technological and regulatory challenges facing the global auto industry.

The companies have each called unscheduled board meetings on Wednesday to discuss the potential deal, people close to the matter said.

Milan-listed shares in Fiat Chrysler rallied more than 10 per cent on Wednesday, after ending up more than 7.5 per cent on Tuesday in New York. Peugeot share rose more than 6 per cent to hit their highest in more than 11 years.

The merged entity would still face substantial challenges, as auto manufacturers grapple with a global downturn in demand while trying to develop costly, cleaner car models as deadlines to meet ever more stringent anti-pollution rules loom.

And a combination of PSA and Fiat Chrysler would first have to overcome a series of political, financial and governance hurdles, though it elicited an encouraging early response from the French government, a key PSA shareholder.

France’s dithering over Fiat Chrysler’s pursuit of Renault – where it is also a shareholder, but was keen for the French carmaker to first resolve its tensions with existing partner Nissan – contributed to the collapse of that merger plan.

Conor McGregor’s management firm returned to profit in 2019 20:00
Hallahan to step down as MD of Microsoft Ireland 19:51
New car sales up 20% in November despite lockdown 19:40
Co-living scheme in D4 gets green light 19:25
European shares start December in upbeat mood 19:17