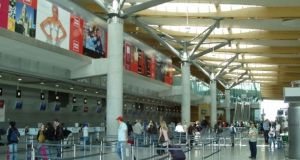 Cork Airport has announced five new routes operating during the winter season in a move that is expected to help boost passenger numbers at the airport.

Ryanair’s new twice-weekly route from Cork to Katowice in Poland commences at the end of this month while the airline’s four new summer services to Alicante, Budapest, Malta and Poznan, have also been extended into the winter season.

Cork Airport said it expects passenger numbers to be up 5 per cent versus the same period last year.

“With over 50 routes on offer from Cork Airport this year, passengers have even greater choice when it comes to travel with airlines also serving key European hub airports that connect passengers to even further destinations around the globe,” said managing director Niall MacCarthy.