Will ComReg stand up for consumers on broadband?

People are paying over the odds for internet access but could that be about to change? 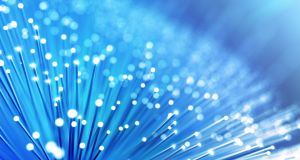 The European Commission recently told ComReg to get a move on and introduce lower wholesale rates. Photograph: iStock

Is it time for ComReg to get off the fence and push for lower prices on broadband? That would certainly seem to be the view of the European Commission, which has called on the communications regulator to reduce rates for fixed-line telecommunications.

According to a number of studies, people pay considerably more for broadband here than in other European countries. Given that part of ComReg’s remit is to promote competition and protect consumers, you might expect it to go all out to ensure that they have access to the best deal possible.

Many operators insist, however, that they are forced to charge high prices because they themselves are charged excessive fees to access Eir’s network to provide services.

Following a review, ComReg said it planned to amend the weighted average cost of capital rate – which essentially compensates Eir for investment it makes in critical infrastructure – from 8.18 per cent to 5.61 per cent. That should lead to lower prices. However, the regulator has yet to follow through on this plan, even though wholesale charges have not been updated in six years.

Rival telcos recently sent submissions to the commission complaining about delays: now it has responded and essentially told ComReg to get a move on. The regulator in response has said it is “finalising a decision”.

The push from Brussels may accelerate the process. But, even it if does, it certainly won’t be the end of the matter.

ComReg’s review of wholesale rates, which it undertook last year, didn’t cover fibre, something that pretty much all operators outside of Eir think was a mistake. They are now calling for fibre to be included in any agreed reduction, estimating that this would cut the cost for high-speed broadband by up to 25 per cent.

Sounds good doesn’t it? So will ComReg stand up for consumers and push for lower prices all round, or continue to sit on its hands?