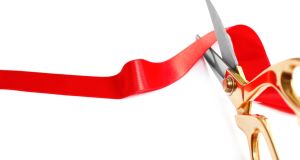 Reducing red tape for online businesses presents a €100 billion opportunity to grow the European economy with Ireland among the countries best positioned to take advantage, according to a new survey.

The study indicates that online businesses across Europe are losing significant revenue and are often opting not to sell into neighbouring countries because of an increase in regulatory complexities.

The survey of over 500 business leaders from online payments company Stripe suggests that enabling companies to more easily and effectively navigate compliance could unlock significant growth.

Three-quarters of survey respondents said they felt meeting all the various necessary regulatory requirements was slowing growth, with 41 per cent saying they were reversing plans to expand into other markets because of it.

Some 64 per cent of business leaders surveyed also claimed they would be active in at least 10 more countries if either regulations or tax regimes were better harmonised across the European Union.

The study reveals that just one in three businesses are confident they are compliant with regulatory standards while only close to a quarter are sure which regulations affect them.

Companies surveyed said the cost of compliance is increasing with an estimated payroll cost of €250,000 per year.

“In order to unleash the full potential of the digital single market, regulatory compliance and cross-border tax management must be made easier for online businesses,” said Matt Henderson, Stripe’s EMEA business lead.

The research indicates that business leaders in Ireland ares the most optimistic about being able to solve the issue of increased through using technology. They also ranked first when it comes to viewing the EU as a single digital market.