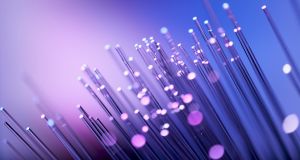 The European Commission has told the communications regulator to reduce rates for fixed-line telecommunications as a matter of urgency in a move that could lead to reductions in the cost of broadband for consumers.

ComReg was last week sent a letter from the commission following submissions from a number of Irish telcos complaining about a delay in amending the setting of wholesale rates that Eir can charge other operators.

The commission said the regulator should “update relevant pricing decisions as soon as possible”.

Industry sources were struck by the tone of the commission and the speed with which it has told ComReg to act following the submissions. While not legally binding, it is believed the regulator will not be able to ignore the recommendation.

Ronan Lupton, chairman of Alto, a body that represents all the leading telcos other than Eir, said the language used by the commission in its letter was “unprecedented” and he hoped ComReg would act quickly on the recommendation.

ComReg has said it intends to amend the weighted average cost of capital rate – which essentially compensates Eir for investment in infrastructure – from 8.18 per cent to 5.61 per cent but has delayed carrying it out so far.

A review was last carried out in 2014 and Eir’s rivals have long argued that delays in reviewing the rate has allowed the incumbent to enjoy “excessive returns” that don’t reflect the value of its investments. The company disagrees with this claim.

Some rivals are also concerned that by not including fibre broadband charges in the recent price change recommendation due to other delays, Eir will be able to still charge other operators a higher rate for fibre for several more years. It is thought the incumbent would be likely to appeal any steps to reduce wholesale rates for fibre ahead of the next full weighted average cost of capital rate review.

Alto estimates that if the recommended new rate included fibre, that wholesale charge for broadband would be up to 25 per cent lower.

A spokesman for Sky Broadband welcomed what he described as the commission’s “clear and unambiguous comments in its letter and said it looked forward to ComReg updating pricing decisions “as a matter of urgency to protect consumers”.

ComReg said in a statement it was finalising its decision and as part of this would take into account the commission’s comments as required by law.

It also said a project to update the cost models it used to assess prices was under way, with an expectation that it would be consulting on a number of potential changes over the next 12 months.

“We will decide whether it is necessary to consult on updated broadband access prices based on an evaluation of whether underlying costs have changed, so that they have become materially different from prevailing regulatory prices,” a spokesman said.

“ComReg’s approach to updating regulated prices reflects the importance of regulatory certainty in promoting investment, as well as the desirability of avoiding a material discrepancy between prices and underlying costs,” he added.