Which big tech firms are being investigated by the data regulator? 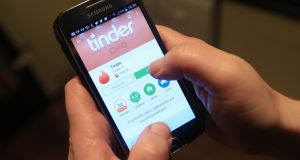 Tinder is the subject of one of the Data Protection Commissioner’s two most recent investigations, announced earlier this month, around the handling of user data. Photograph: Jonathan Brady/PA

The social network is the subject of eight separate investigations by the Data Protection Commissioner under the EU’s GDPR data protection law, including three alleged breaches in September 2018. Three of the inquiries are based on complaints; the other five are “own-volition” inquiries.

These Facebook-owned companies are the subject of three other GDPR-related investigations. At WhatsApp the regulator is looking into the processing of personal data and the transparency of information given to users. One inquiry into WhatsApp concluded last year and a decision is imminent on whether it should be fined.

The computer and phone maker is the subject of three separate investigations, all based on complaints, about whether it has complied with GDPR rules.

The online posting platform is the subject of three investigations, one of which is based on a complaint about whether the company discharged its obligations in respect of the right of access to links through the social network.

The search engine is the subject of two investigations, including one around transparency, data minimisation and retention practices. The internet giant was the subject of a new investigation announced earlier this month around how it processes location data from information obtained through Google Maps and whether users are aware of how their data is handled.

The online dating website is the subject of one of the commissioner’s two most recent investigations, announced earlier this month, around the handling of user data.

The Microsoft-owned business social network is being investigated based on a complaint about how the company processes personal data in the context of behavioural analysis and targeted advertising.

The US digital advertising company, whose European base is in Dublin, is being investigated over its compliance with GDPR and its transparency and retention practices.

The company formerly known as Oath, which owns digital media brands Yahoo, the Huffington Post and AOL, is being investigated for compliance with regulations on providing transparent information.

1 Basic income for all: Has the Covid crisis given us a new economic model?
2 Only way is up for Stripe as valuation skyrockets
3 ‘I don’t need to do any of this. . .I don’t actually need to work.’
4 Kinzen raises $2.2m as it helps clients fight ‘misinformation’
5 Direct sea routes to Europe offer certainty in choppy Brexit waters
Real news has value SUBSCRIBE