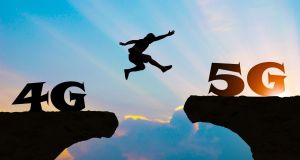 More than 70 per cent of the global population will have mobile connectivity by 2023 while over 10 per cent of smartphones will be 5G capable, according to a new forecast.

According to the Cisco White Paper, the average mobile network connection speed is expected to rise to 43.9 megabits per second (Mbps) within the five years under review, up from 13.2 Mbps in 2018. 5G speeds will be 13 times faster than the average mobile connection by 2023 at 575 Mbps versus 43.9 Mbps for standard connections.

Wifi speeds from mobile devices will have triple by the end of the period, growing from 30.3 Mbps in 2018 to 92 Mbps by 2023. The number of public wifi hotspots available will grow four-fold meanwhile to 628 million.

Globally, the total number of internet users is projected to grow from 3.9 billion in 2018 to 5.3 billion by 2023, meaning that 66 per cent of the world will then be online. The fastest growth is projected to occur in the Middle East and Africa with a compound annual growth rate of 10 per cent from 2018 to 2023.

The number of devices connected to IP networks will be more than three times the global population by 20203 with 3.6 networked devices per capita versus 2.4 per capita currently. There will also be 29.3 billion networked devices in circulation, up from 18.4 billion in 2018.