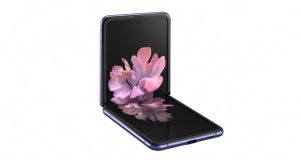 Have you been won over by the folding phone? Samsung unveiled a new handset at its Unpacked event a couple of weeks ago, and it’s been grabbing attention. The Galaxy Z Flip is the company’s first folding glass phone, and takes its inspiration from the classic clamshell from the early 2000s. There is a small display on the front that will show you notifications such as messages and incoming calls, and opens out to reveal the screen. That screen is covered in glass rather than plastic, which means it should in theory be less easy to scratch than Samsung’s last attempt, the Galaxy Fold, and therefore more durable. Just don’t drop it, because we suspect the repair bill will be astronomical.

1 Ireland must beware as digital tax reform enters critical phase
2 State may face €1bn in compensation in Covid-19 case, Press Up claims
3 How I managed to cut my mobile phone bill by at least a half
4 Lahinch Golf Club runs out of its own cash after €3m Covid-19 hit
5 Fiona Reddan: Who’s afraid of Revolut? Not AIB and BOI it seems
Real news has value SUBSCRIBE