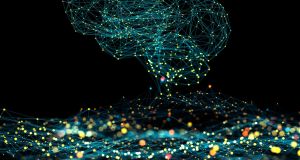 To many onlookers, this all looks very much like a case of closing the door after the horse has bolted. Photograph: iStock

When it comes to digital innovation, Europe is usually something of a laggard. In numerous instances it has been forced to play catch-up as other regions, most notably the United States, rush ahead. Having missed the boat multiple times, can it make up lost ground and become a leader in emerging technologies such as artificial intelligence (AI) and Big Data?

That is the certainly the hope. The European Commission on Wednesday announced a raft of new proposals aimed at ensuring it doesn’t get left too far behind as Silicon Valley and China race on. These include plans to significantly boost investment in AI and create a single European market for data. Also announced this week are proposals to rein in internet giants such as Facebook and Google.

The omens aren’t good however. To many onlookers, this all looks very much like a case of closing the door after the horse has bolted.

Big tech has already achieved such immense powers that efforts to break its stronghold will be strongly resisted. Mark Zuckerberg might say he wants to see greater regulation of online platforms, but Facebook’s white paper on the issue, which was published earlier this week, shows little evidence of it wanting real action to be taken.

Another problem is that just as in other instances, Europe is already way behind. Take AI for example. Under the new plans, the European Union is seeking to attract over €20 billion in investment in AI per year over the next decade, up from just €3.2 billion in 2016. However, three years ago, the US was already ploughing some €12.1 billion into the technology, while Asia was investing €6.5 billion. No figures are available on what the spend is now in both regions, but there is no doubt it has risen substantially.

The fact that much of the proposals announced this week are more than a little woolly will also do little to make anyone fear them.