Three steals a march on rivals with rural 5G 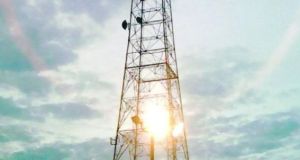 The race is on between mobile operators to bring 5G services to as many Irish homes as possible.

A new study carried out by Systemics-PAB, a provider of benchmarking services for mobile operators and regulators, says the State is doing well in terms of roll-out versus other European countries, some of which have yet to even hold spectrum auctions.

According to Systemics, Three may have been behind Vodafone and Eir in announcing the availability of 5G locally but it has outperformed its rivals in rolling out the service. While the trio are evenly matched in Dublin, it seems Three has stolen a march on its rivals in terms of coverage outside of the capital.

5G is the next generation of mobile connectivity, succeeding the current 4G and older 3G systems. It promises much faster speeds, as well as increased security, reliability and lower lag time on data.

Three chief technology officer David Hennessy said the company, which only announced 5G services in September, now has 432 sites live across the country with availability in every county. It is “adding five to 10 sites a week” and has 37.5 per cent population coverage overall.

Eir recently said it had 340 sites live while Vodafone, which doesn’t give site numbers, is live in 14 counties and targeting 30 per cent population coverage by March 2021.

Hennessy said Three has deliberately targeted users outside of Dublin due to the Covid crisis. “When the first lockdown happened we saw a huge shift in demand on our networks away from business districts and to where people were living and so took the opportunity to focus on providing availability to more sites both in and outside the capital,” he told Cantillon.

It is worth noting that the report was paid for by Three and its rivals might take issue with some of its findings. It is also early days in the 5G process.

But it will be interesting to see if Three’s rural push has any impact on the success of the State’s National Broadband Plan, and if it will force other mobile operators to refocus their efforts.