Pharma giant produces many of world’s top drugs, but little in way return for investors 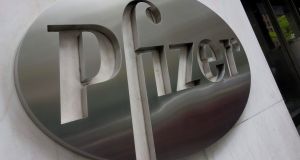 As pharma giants go they don’t come bigger than Pfizer. Even before its announcement on Monday that it had cracked the Covid enigma code and produced what appears to be a workable vaccine, it’s the name most people think of when it comes to the global pharma trade.

The company’s blockbuster anti-cholesterol drug Lipitor was at one stage the biggest selling drug in the world while its little blue Viagra pills have revolutionised the sex lives of millions.

Last year Pfizer’s product Ibrance, which is used in the treatment of breast cancer, generated nearly $5 billion in sales.

The New York-based company, which dates back to the 1840s, generated $52 billion in turnover last year.

It has operations everywhere including a big one here, employing about 3,700 staff across six sites, and just recently announced another €300 million investment in its Irish division.

And yet if you had invested in Pfizer two decades ago, excluding the return from dividends, you would have lost money.

The company’s shares were trading at $43 back in November 2000. This week, in the wake of the vaccine announcement, they were trading at just under $39, having initially risen by about 20 per cent before tapering off.

The poor return for investors is in part explained by patent cliffs. The company lost the patent for its cash cow Lipitor in 2011.

The next year, it lost exclusivity for Viagra and overactive bladder medicine Detrol. In 2013, anti-inflammatory drug Celebrex came off patent and while it managed to win a patent extension for its nerve pain drug Lyrica, that also ran out last year.

With sales and market share for so many of its top-selling medicines in decline, it’s perhaps not surprising that Pfizer shares have flatlined.

That said it’s still something of a head-scratcher how a company behind so many of the world’s most famous drugs can fail to deliver so spectacularly for investors. It remains to be seen whether being first with a Covid vaccine will change things.