Irish households never wealthier but for how long? 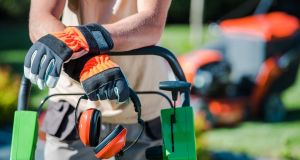 In any crisis there are going to be winners and losers; this time around it seems the landscapers are out in front.

Apparently, such is the demand for their services, that they’ve been charging “Christmas prices” – or the premium they’d charge to get work done before the festive season – since early summer. Now, while we all might admire a neatly designed garden, one would have thought in an economic crisis of the scale of the current pandemic, getting a gravelled driveway or artificial grass would not have been a top priority for any household.

And yet, as yesterday’s figures from the Central Bank so clearly indicate, there is plenty of money around for such discretionary spending.

According to its figures, Irish households have never been wealthier, a result of steady house prices and having nothing to spend their money on due to the pandemic – except perhaps to pay down their debt and create a garden Diarmuid Gavin would envy.

Surprising, maybe, but it’s not just an Irish phenomenon; similar figures from the European Central Bank found the annual growth rate of household net worth increased to 3.8 per cent in the second quarter, up from 2.9 per cent in the first, driven by higher financial investment.

And last month Swiss bank Credit Suisse published its annual wealth report, which found that household wealth in October was actually slightly above the level at the start of the year.

So what’s going on?

Credit Suisse put the bump down to several factors, all of which are at play in Ireland, such as reduced consumption given restrictions on shopping, eating out etc; economic supports, which have prevented many households from having to rely on their savings or take on debt; lower interest rates; and furlough and job support schemes.

But there is a sting in the tail that just might stop those landscapers and their leaf blowers. As noted in the Credit Suisse report, it could be that Government supports have simply delayed – rather than eliminated – the Covid-19 burden. The Central Bank report also reveals that Government debt reached a new high of €252 billion earlier this year, on the back of borrowing more to provide supports to businesses and households.

Increased personal taxes – as UK chancellor Rishi Sunak recently suggested – may be necessary to deal with this heightened debt burden. It could also be argued that Covid support schemes are simply propping up some jobs and businesses. And when the supports go, so too will the jobs.

For now then, such wealth reports might flatter to deceive; the full impact won’t be known for some time yet.