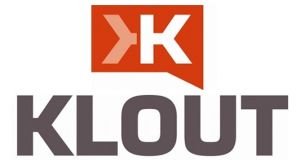 I learned two new things after reading Lithium Technologies’ latest post. First, you don’t have to say getting rid of, shutting down, or ending something when you can use the term ‘sunsetting’. As in Lithium is sunsetting its service Klout or my bank balance is sunsetting the possibility of new shoes this month.

So yes, the second thing is that social influence ranking service Klout is ending on May 25th. For those who use(d) the service, it was a plug-in that measured your followers, tweets, retweets, likes, etc. across Twitter, Facebook and Instagram and came up with a score between 1 and 100 to represent how influential you are on social media.

It sounded interesting when I signed up 7 years ago but soon it felt like bragging rights and subjective ones at that. My Klout score currently includes a labelling of ‘expert’ on the topic of algorithms with a ranking of amongst the top 0.9% of people talking about it. Which makes you wonder how much the userbase shrunk over the years or what measures are being used. I would say I’ll miss it but I decided to sunset its use several years ago.