Circle is valued at nearly €3bn following the latest round, which was led by Bitmain 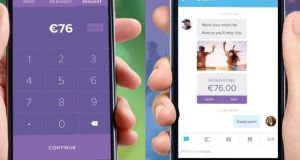 Circle, a Goldman Sachs-backed fintech firm with its headquarters in Dublin, has raised $110 million (€93.1 million) in a Series E round led by Bitmain, a Beijing-based bitcoin miner.

Circle, which is valued at nearly €3 billion following the fundraising, also announced a new virtual currency or so-called “stablecoin”, known as Circle USDC, which is to run on ethereum, and will be pegged to the US dollar.

The deal comes just a few months after Circle purchased Poloniex, a Boston-based cryptocurrency exchange in a deal valued at about $400 million (€338 million).

Poloniex has grown to become one of the world’s leading token marketplaces. Available in more than 100 countries, it was one of the first exchanges in the world to offer liquidity in ethereum, and to reach $1 billion in daily volume.

Circle, which last year announced plans to double its Irish workforce to about 40 people, is a former bitcoin start-up that has shifted focus in recent years towards social payments.

Established by Mr Allaire, who previously founded online video platform Brightcove, and Sean Neville, Circle reported a $18.2 million (€15.4 million) loss in 2016. However, it recently announced it has now reached profitability and expects revenue and profit growth this year.

The company’s Circle Pay platform, one of four products the firm has, enables users to make domestic and cross-border payments easily using blockchain, the technology that underpins bitcoin.