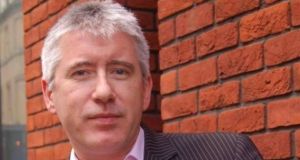 Storit Limited, the holding company of the Kiltimagh-based company, recorded revenues of £447 million (€510 million) for the 12 months to the end of December. This marks a 38 per cent increase in turnover versus the £325 million (€389 million) recorded a year earlier.

Established by former EY Entrepreneur of the Year finalist Frank Salmon in 1998, CMS Distribution is the largest independent distributor of data storage, networking and IT infrastructure solutions in the UK and Ireland, servicing more than 50 manufacturers and 2,800 resellers.

During the year under review, the company announced the acquisition of TNS Connect, a distributor of emerging technologies and accessories, headquartered in Ireland, but also operating in the UK, mainland Europe, Australia and China. It also opened new offices in Paris, Madrid and Amsterdam

“We are delighted with both our record financial performance and our many investments in 2017, which we are confident will drive sustained value as we continue to roll out our successful model across new geographies,” said Mr Salmon.

“ I am very excited about the future and the year ahead. 2018 marks another significant milestone in CMS’s history as we celebrate our 30th anniversary with more exciting projects and investments set to roll out throughout the year,” he added.

1 Air travel never going ‘back to way it was’
2 Should I switch bank now with Ulster Bank at risk of closing?
3 Will brother’s widow get half of our parents’ estate when they die?
4 Household wealth jumps by 74% since last recession – report
5 Tourism and aviation players demand von der Leyen end EU travel chaos
Real news has value SUBSCRIBE