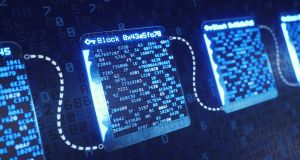 The Irish banking industry is collaborating on a new education platform based on blockchain technology that is aimed at reducing operational and regulatory risk in the sector.

The new platform is intended to support the verification, tracking, and management of regulatory and other professional qualifications. It is expected to reduce operational and regulatory risk and related costs around compliance with the Central Bank of Ireland’s Minimum Competency Code (MCC) and Fitness and Probity regimes for financial institutions.

The pilot phase of the blockchain project is due to be completed in the late summer, with roll out of the system to Institute of Banking’s 23,500 members expected by summer 2020.

News of the collaboration between the institute and Bank of Ireland, AIB, Ulster Bank and Deloitte, was announced by Minister for Finance Paschal Donohoe.

Mr Donohoe said the Government “fully supports the development and adoption of new technologies like blockchain, as a way to encourage digitalisation and foster innovation.”

At an event on Wednesday, Mr Donohoe also said the Government was paying attention to development with blockchain, the technology behind popular cryptocurrencies such as bitcoin.

“I believe it (blockchain) is going to have a profound effect on how we deliver public services and on how particular parts of our economy perform,” he told delegates at an event organised by the Department of Finance for industry experts who have gathered in Dublin this week to set international standards for the technology.

Despite his comments, Mr Donohoe and other government ministers have been accused of paying lip service to the much-hyped technology by local organisers of Blockchain Ireland Week, which is running over 50 events across the country to coincide with the official gathering.

According to organisers, ministers declined to attend any of this week’s events, which they claim shows that while the government may talk up the technology, it isn’t taking it seriously.

Some State agencies such as the IDA and Enterprise Ireland have taken an interest in blockchain with the two organisations coming together with companies to create an initiative known as Blockchain Ireland. However, many of those in the sector claim that not enough is being done to position the Republic as a leading player in the space.

Lory Kehoe, managing director of ConsenSys Dublin, one of the largest blockchain employers in the country, said there was a sharp contrast between Irish ministers and their counterparts in other European countries.

He noted that Paris recently held its own Blockchain week at which the French finance minister Bruno Le Maire and his colleagues took an active role. Mr Le Maire has stressed that the technology is a priority for France and he recently led the adoption of a new regulatory framework on cryptocurrencies.

“We’ve had over 50 events taking place across Ireland this week and yet the only event that any minister turned up to was their own one. Lip service is being paid to blockchain by ministers who are failing to fully grasp that we have a massive opportunity here and so need to go beyond doing things like just holding hackathons to taking concrete steps,” said Mr Kehoe.

“The Government needs to put its money where its mouth is and look at what is happening elsewhere in places like Switzerland where blockchain-based e-voting recently occurred, or in the UK, where the London Stock Exchange is looking at digitising bonds. There is plenty that the State can do but to do it, it needs to actively engage with the local blockchain community and to do more than talking,” he added.

Blockchain technologies, which store blocks of information that are distributed across a network, are seen as a major breakthrough as they bring about high levels of traceability and security in economic transactions online.

While most commonly associated to date with cryptocurrencies, they are expected to affect digital services and transform business models in a wide range of areas, including healthcare, insurance, finance, energy, logistics, intellectual property rights management and government services.

1 Why are markets booming when a crash is on the way?
2 Your old car could be telling others all your personal data
3 Permission sought for €150m film and media campus in Wicklow
4 Government committed to finalising roadmap for safe overseas travel ‘shortly’
5 Drink tax row; no respite for Bewley’s; and mortgage U-turn at AIB
Real news has value SUBSCRIBE