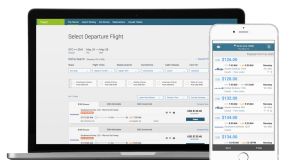 Deem’s suite of cloud-based travel booking and management tools are currently used by more than 50,000 corporate customers and travel management companies in 61 countries 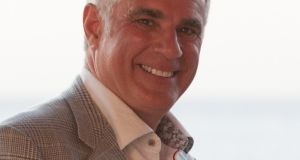 Deem, a US travel tech company owned by car rental giant Enterprise, is to create 50 software engineering jobs in Dublin over the 12 months with the possibility of many more roles to come over the next few years.

The San Francisco-headquartered company is to open a new European innovation centre that will house an R&D team focused on further developing its cloud-based technology platform.

The investment, which is supported by the Government through IDA Ireland, sees the company doubling its workforce globally. It comes just four months after Enterprise, the world’s largest car rental provider, acquired Deem for an undisclosed sum.

Deem’s suite of cloud-based travel booking and management tools are currently used by more than 50,000 corporate customers and travel management companies in 61 countries. Founded by Patrick Grady in 1999, the company, which also has an office in Bengaluru, India, had raised over $536 million (€480 million) in funding prior to its recent acquisition with backers including American Express and JP Morgan.

Deem chief executive John F Rizzo said part of the reason why the company chose to establish a new office outside of the US was due to “challenging immigration strategies and policies” at home that made hiring of tech talent more difficult.

“Ireland has a very progressive and welcoming strategy with respect to technical personnel. At one point the US might have been a great place for skilled engineers to be but it has become increasingly challenging whereas Dublin continues to welcome people from all over the world,” he said.

Mr Rizzo said he was also aware of the Republic being a good place to set up European operations due to his time working at SolarWinds, the IT performance management company which has a presence in Cork.

He added that while the initial number of hires here isn’t as high as that of some companies entering Ireland, it is significant for Deem and will mean that it soon has more software engineers in Dublin than in Silicon Valley.

“We can expand at a rapid rate in Ireland as we get some more experience being in the country and build a local management team that can scale. I can see us adding sales and marketing in Dublin too as at some point we’ll want to enter the European market and Ireland is obviously a great place to be based for that,” said Mr Rizzo.

While Deem is establishing operations locally for the first time, its parent, which operates the Enterprise Rent-A-Car brand, has been present in the Republic of Ireland for 22 years.

1 Ryanair and State agree accelerated hearing of challenge to travel restrictions
2 BofI to cut 1,400 jobs as Covid-19 drives €937m loans charge
3 Coronavirus punches €8.3bn hole in public finances
4 How safe is it to go back to the office?
5 Italy threatens Ryanair with flight ban for alleged Covid-19 violations
Real news has value SUBSCRIBE