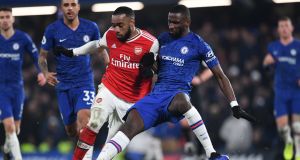 Founded by Andy Clark, a former fitness coach to soccer clubs Liverpool, Manchester United and Bolton Wanderers, The Sports Office is a Wigan-based company that provides athlete and performance management systems to clubs in the Premier League and Italy’s Serie A. It also counts teams in the NHL, NBA and MLB among its clients.

The acquisition comes just a few months after Kitman said it has raised an additional $5.1 million in funding and as it announced it and more than doubled new sales and annual recurring revenues.

Kitman is a sports science company working to reduce the risk of injury within professional sports. It uses artificial intelligence and data science to improve athletes’ health, welfare and performance.

Founded in 2012 by Stephen Smith and Iarfhlaith Kelly, the company has raised over $20 million to date, including $9 million in a fundraise announced in 2018. Backers include former Irish rugby player Jamie Heaslip.

The company, which does not disclose revenues, booked a €3.3 million loss in 2018 to bring accumulated losses to almost €13 million.

Last week it announced plans to double staff numbers from 44 to 88 people this year with most of those new roles based at its innovation centre in Dublin.

“The combined company creates the strongest data science and development capacity in the industry and forms the largest dataset from an advanced network of elite sports leagues, governing bodies, and professional and development clubs across the globe,” Kitman said in a statement.

Among the individual teams the Irish company counts as clients are Chelsea, LA Galaxy and Bayer Leverkusen.

“Together, we can revolutionise youth development by providing a set of capabilities that uses the learnings from the largest dataset about the greatest athletes around the world today to produce the greatest talent of the future.” said Mr Smith, Kitman’s chief executive and a former senior injury rehabilitation and conditioning coach with Leinster Rugby.

“The benefit of a large, consolidated performance and medical dataset combined with analytics also applies to leagues and national governing bodies who want to advance the competitiveness and safety of their game,” he added.