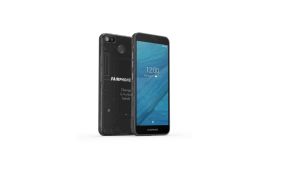 How many smartphones have you owned in your lifetime? If you’ve changed your phone every two years since the iPhone was launched in 2008, you’d be up to your sixth phone now, not accounting for having to replace your phone because of breakages. Of course, the iPhone is by no means the only smartphone out there, but the introduction of the device in 2007 kicked off a revolution in the mobile space – and 2008 was the year it came to Ireland.

Why do we invest so much money in a phone – several hundred euro, even if you get it “free” on your phone plan – only to replace it a matter of months later? A straw poll of people I know came up with the following reasons: breakages, improved hardware, bad batteries, more breakages. Smartphones are a bit more fragile than we would like; a bump can cause a screen crack that comes with a painful bill and, depending on what needs to be fixed, it can sometimes be cheaper to replace the entire phone than to repair it. You get a nice shiny new phone instead of your scratched-up old one, and it costs you around the same.

But we are more conscious now about our electronic waste. Smartphones have components that have dubious environmental impacts, so the longer you can hang on to your existing phone, the better.

Fairphone has a simple tagline: the most sustainable phone is the one you already own. The Android phone is designed to last, with repairable components that you can replace yourself for a sum that won’t break the bank. It claims to be ethical too, made from recycled components or ethically sourced ones.

As soon as you open the box, you’ll know the Fairphone is different. There’s a small screwdriver in the box – Phillips head, rather than the awkwardly shaped screws that other phones come packed with, meaning you have to buy a whole new set just to open your phone up – and you can use that to remove the various bits you might need to replace.

The display can be bought directly from Fairphone for €90; the battery is a mere €30 to replace

There is no fancy metal casing on the Fairphone 3. The phone is made from plastic, with a semi-transparent back that not only allows you to see the insides of the phone but can be removed without the help of a screwdriver. It feels like a throwback to a simpler time, when a screen repair didn’t involve nuking the whole case and therefore drive the cost up.

The battery is easily removable, and therefore replaceable. The phone also comes with a rubber bumper to help protect it against knocks. If that fails, the good news is that the repairs won’t break the bank. The display can be bought directly from Fairphone for €90; the battery is a mere €30 to replace. The speaker module is available for under €20 and the bottom module, which contains the charging port, is just under €25. That covers the main bit that would need replacing over time. The only bit you can’t replace is the module with the fingerprint reader on it.

It’s not just enough to have an easily repairable phone, though. The phone itself has to be good to persuade people to make the leap. So how does the Fairphone 3 stack up?

Taking into account the price – €450 – the Fairphone performs well in a mid-range market. That fully replaceable 5.7-inch display looks great, with sharp text and crisp colour. Video looks great on it, even without having to crank it up to the brightest setting.

The camera is 12 megapixels in resolution, and video comes in at up to 4K. On the inside, you get 64GB of storage, which is expandable with a memory card, and a 64-bit octa-core Snapdragon processor.

That chip will be fine for most things, but putting it under stress with some power-hungry games may see it stutter. Overall, though, the phone got through some serious web surfing, a little bit of work and quite a bit of video painlessly – and without needing a top-up charge.

Essentially, the Fairphone is all about making better choices. There are little claps on the back for choosing it

The camera is equally fine, but not spectacular. I found it faltered a little in less-than-perfect conditions, but for the most part it took good images. The front-facing camera, at eight megapixels, turns out some great portrait shots too.

It comes with Android 9, without much of the bloat that creeps into other manufacturers’ version of the software.

Essentially, the Fairphone is all about making better choices. There are little claps on the back for choosing it; The battery has “change is in your hands” written on the back of it, visible through the rear casing, and lifting the battery out you’ll see “Well done. You’re what progress looks like” underneath. It’s a small detail that makes no difference to the phone’s performance, but reminds you what the company is all about.

The good
Say goodbye to expensive repairs; Fairphone encourages you to DIY, and offers its parts at a reasonable price. There are no awkward screws to deal with either. And there’s even a headphone jack.

The not-so-good
The camera stumbled a little in difficult lighting – backlit subjects for example – but, for the price range, it did surprisingly well.

The rest
The phone is dual sim, which is good for those travelling, and if you want to feel a bit better about your tech choices, the Fairphone is a good place to start. Vodafone has begun offering it to customers, from free on some plans up to €150 on its less-expensive contracts.

The verdict
Affordable but not cheap. The Fairphone 3 gives you a decent, more eco-friendly alternative to those who are happy to do their own repairs.