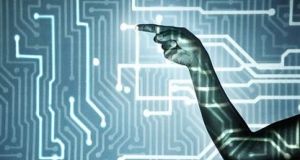 “There’s a demand not just to protect the physical side of family life but also the virtual side. Younger people weren’t being served.” Photograph: Getty Images

Interest in internet monitoring technology aimed at children and teenagers has increased in recent weeks in the wake of the Ana Kriegel murder trial, industry experts claim.

IKydz founder John Molloy said the company had seen a marked interest in its internet monitoring products at a time that was usually considered a quiet period for the firm.

Following the conclusion of the trial of two teenagers for the murder of 14-year-old Ana Kriegel in 2018, news reports highlighted some of the online material accessed by Boy A.

“There’s been a substantial increase in interest, particularly in the last two weeks,” Mr Molloy said.

The company has teamed up with smart home monitoring company HomeSecure to deliver its internet monitoring and content filtering software to the companies’ Irish customers, allowing them to keep an eye on family tablets and smartphones.

IKydz offers internet monitoring and screen-time management for parents through its own micro-router add-on for home broadband hubs, and a separate mobile product that monitors Android phones. The software allows parents to block websites, filter content, and easily view and manage their children’s time online for specific activities, such as games or YouTube through a single interface.

The partnership will allow HomeSecure customers to add the service to its existing hardware for €5 per month.

HomeSecure chief executive Colm Daly said the company was confident the partnership was the first of its kind in Europe.

“We’re adapting and developing in tune with modern Ireland, ” he said. “There’s a demand not just to protect the physical side of family life but also the virtual side. Younger people weren’t being served.”

Established in 2014, HomeSecure has 14,000 unique customers in Ireland, while iKydz has more than 70,000 customers worldwide.

Internet safety has come increasingly under the spotlight in recent years. A report from CyberSafeIreland found 80 per cent of eight-year-olds own smart devices connected to the internet, and close to 40 per cent admitted to engaging with strangers online.

“IKydz’s mission is to give parents peace of mind, empowering them to set and maintain boundaries around the online lives of their children,” Mr Molloy said.