IT firm Scisys to create Irish holding company ahead of Brexit 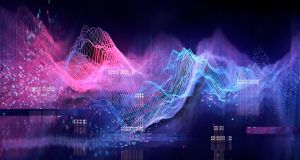 Britain’s Scisys said it would create a holding company incorporated in the Republic as part of a plan to protect the IT services firm from “potential adverse consequences” when Britain leaves the European Union.

The holding company will be listed on the junior AIM market and the Enterprise Securities Market of Euronext Dublin, Scisys said.

“It is intended that New SCISYS will be tax resident in the United Kingdom,” the Chippenham-based company said.

The Galileo satellite programme - which Scisys has been involved in since the early system design phase - has been a trigger point in Brexit negotiations.

British technology has been instrumental in Galileo’s development, and London has been angered by moves to shut British companies out of the project before Brexit next year. The EU has said it is honouring existing laws.

1 Son putting elderly dad under pressure to sign over land
2 Fiona Reddan: Who’s afraid of Revolut? Not AIB and BOI it seems
3 Family in court dispute over hotels in Dublin and Galway
4 BOI customers to be charged twice with bank fees on New Year’s Eve
5 How to gift your child a house deposit . . . tax free
Real news has value SUBSCRIBE