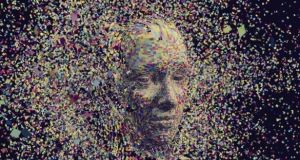 Across Europe, 65 per cent of organisations say they expect AI to have an impact on their core business in the future. Photograph: Getty Images

Three-quarters of Irish companies are in the planning and piloting mode for artificial intelligence (AI) but have not yet incorporated the technology into their core business.

That’s the finding of a new survey by tech giant Microsoft on a technology that appears poised to change business.

The survey found that although Irish firms are preparing for the new technology, they are in danger of falling behind their European counterparts, with a lack of investment and buy-in from a board level.

Across Europe, 65 per cent of organisations say they expect AI to have an impact on their core business in the future. About half expect it will affect areas they haven’t even considered.

But only 4 per cent of companies consider themselves advanced in AI.

Microsoft Ireland managing director Cathriona Hallahan said that shows the opportunity for the technology. She compares the advent of AI to the introduction of the car.

“People didn’t understand that evolution was going to bring more jobs and opportunities for them,” she said. “This is as instrumental a change in technology as that shift has been.”

For those who have already adopted AI, one of the more common approaches is the use of chatbots. Across Europe, these automated programmes are becoming the first line of customer service, though the trend is less common in Ireland.

“People think AI is something new; we would say AI has been around for decades,” said Ms Hallahan. “We are seeing it as something that is going to revolutionise a lot of industries.”

Among the factors influencing this are the exponential growth of data created by smartphones, wearable devices and the internet of things, and the power of the cloud that helps harness that data and make sense of it.

Humans will still be central to the process in the near future at least, with the research also indicating that where companies have a culture focus on emotional intelligence, they are being more successful at adopting AI.

“The biggest differentiator between intelligent humans and intelligent machines is that emotional intelligence,” said Ms Hallahan. Microsoft’s plans to “democratise AI” to the point where everyone has access to the tools and services that will enable them to leverage it in their business.

“We’re also taking a strong view on AI when it comes to humanitarian needs, or AI for good,” says Ms Hallahan. This includes an AI app that allows people to read menus in restaurants or see images; seeing AI glasses that could allow those with a visual impairment to “read” facial expressions or the age profile of people they are meeting; and AI for earth, helping farmers produce more food, but using fewer natural resources.

However, businesses are facing ethical decisions related to the rollout of AI, wrestling with the problem that, just because you can do something, it doesn’t mean you should.

“We’re starting to think ethically what should AI do,” says Ms Hallahan. “It should complement humans, not replace them. Humans need to stay in control of who gets to define how that tech is used and when it should be used.”

Ireland can play a central role in figuring out the European position on ethical AI, Ms Hallahan believes, as many of the top tech firms are based here.

“Governments have a huge role to play in this,” she said. “It should be a coalition with industry, between public and private sectors and government to come together and say ‘how should we regulate this and who should have control?’ It shouldn’t be left in the hands of industry to do that alone,” she said.