Google to charge Android device-makers in EU for Play Store 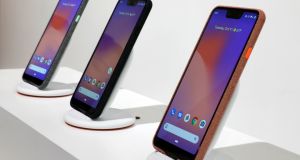 Smartphone and tablet-makers wanting to sell Android devices in the EU with access to the Google Play Store will have to pay a licence fee, Google has announced.

The technology giant is introducing new licensing options to Android devices available within the European Economic Area (EEA) from October 29th, following a record €4.34 billion fine from the European Commission in July, for allegedly abusing its market position through the Android mobile operating system.

Google’s Play Store is considered an essential part of Android, providing users with access to several million apps to download, but it is feared that the new fees could be passed on to the consumer.

“This move could end up being costly for phone-makers that operate within the EU – and that cost may well end up being passed on to consumers,” warned Ru Bhikha, from comparison website uSwitch.com.

“With manufacturers now charging four-figure sums for premium handsets, the real worry is that this new licensing fee could well be passed on amid these rising smartphone costs with little transparency about what customers are actually paying for.”

Until now, any vendor wanting to include the Play Store would have to follow strict rules, including a commitment to include a bundle of official Google apps and agree not to use unapproved modifications to the Android operating system, known as forks.

Although Android will remain free, the move means that Google’s Play Store and core apps, such as Gmail, Google Maps and YouTube, will no longer be available for device makers to pre-install for free.

“Since the pre-installation of Google Search and Chrome together with our other apps helped us fund the development and free distribution of Android, we will introduce a new paid licensing agreement for smartphones and tablets shipped into the EEA,” senior vice-president for Android Hiroshi Lockheimer said.

The new charge comes as the company continues with its appeal against the commission’s decision, which it submitted last week.

Google said it would offer separate licences to device-makers wanting to use the Google Search app and to Chrome, as well as allowing them to build unofficial forks of the Android operating system, a change that complies with the Commission’s ruling.

Manufacturers can opt to use Android for free but without access to the Play Store and Google’s apps, as Amazon already does with its range of tablets.

“It is Google’s responsibility to comply with its obligations under the decision,” a commission spokeswoman said.

“The commission will closely monitor Google’s compliance to ensure that the remedy is effective and respects the decision.

“It is for Google to decide exactly how to comply with the commission’s decision. The decision does not require Google to charge for any of its apps or for the Play Store.” – PA

1 Citigroup warns that markets are out of step with reality
2 US ‘hard seltzer’ drink White Claw launches in Ireland
3 Should my mam wait for house prices to drop before buying?
4 Chris Johns: Past is another country when it comes to our post-pandemic future
5 ‘The recovery needs to be a full-scale economic renewal’
Real news has value SUBSCRIBE