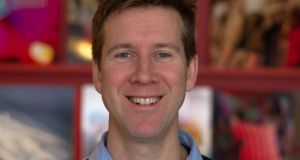 The company, which is based in Stockholm, provides enterprise support for Hopsworks, a platform for data science and artificial intelligence (AI) that integrates open source distributed processing frameworks such as Apache Spark, TensorFlow and Kafka .

Logical Clocks was founded by Mr Downling, Prof Seif Haridi and members of the distributed computing group at KTH Royal Institute of Technology and the ICT research institute Rise Sics in Stockholm.

“Our mission is to help enterprises transform their data into intelligence, whether that data is on-premises or in the cloud,” said Mr Dowling.

The Logical Clocks founders are also behind Hops, a scalable Hadoop platform, which in tests carried out in collaboration with Spotify and Oracle, have been shown to be the world’s fastest framework in its field.

The seed funding round was led by Inventure, a €110 million early stage venture capital firm based out of Helsinki, Stockholm and Shanghai. Dublin and London-based Frontline Ventures and London-headquartered AI Seed, also participated.

Mr Dowling, who comes from Lucan, Co Dublin but is resident in Stockholm, previously worked at the distributed systems group in Trinity College Dublin, home to a number of successful Irish tech companies, including Iona Technologies, FieldAware and Demonware. He has also previously worked for MySQL in Sweden and as a researcher at both KTH and Rise Sics.

“Hopsworks is a user-friendly platform for data science that can be used to build end-to-end pipelines that take raw data and refine it progressively until you have a model ready for use in production,” said Mr Dowling.

“(It) will manage your valuable assets for AI in the industry’s first enterprise feature store, managing features for generating training data, experiment versioning for repeatable data science, and model management,” he added.

1 Basic income for all: Has the Covid crisis given us a new economic model?
2 How long can Government afford to keep State pension age at 66?
3 Only way is up for Stripe as valuation skyrockets
4 Pandemic brings a halt to Zara-owner’s Irish expansion
5 ‘I don’t need to do any of this. . .I don’t actually need to work.’
Real news has value SUBSCRIBE