Draper Esprit teams up with Barclays Bank to back Form3 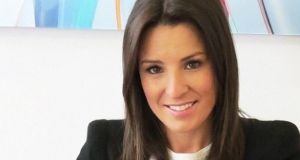 Draper Esprit is led in Dublin by Nicola McClafferty

Dublin and London-based venture capital fund Draper Esprit has teamed up with Barclays Bank to back the London-headquartered payments start-up Form3.

Draper Esprit has led a $13 million (€11.3 million) funding round for the company with Barclays, Angel CoFund among the other investors.

Established in 2016 by former Barclays global head of cash management Michael Mueller, the company is a cloud technology provider of payments-as-a-service processing for customers across multiple sectors including banks, payment institutions, card payment processors and the fintech community.

The company, whose clients include N26, Tandem Bank, Ebury and LHV Bank, has developed technology that allows payment transactions to be done in real-time.

Form3 previously raised $5 million in a Series A round last year bringing total funds secured to date to $18 million.

The latest funding round will be used to build on its existing presence in the UK and Europe, develop additional services and to expand into other markets.

“Form3 is a cloud-native product which enables cutting edge fintechs and established players to offer their customers real-time payments. Their scalable product enables the infrastructure for the future of banking. They’re exactly what we look for in a portfolio company and we’re delighted to be working with Michael and his team,” said Draper Esprit investment director Vinoth Jayakumar.