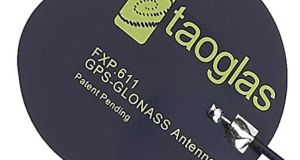 Taoglas’s tax charge roughly quadrupled last year to €1.4 million, which had the effect of reducing its after-tax profit by 20 per cent to just under €3 million.

Latest accounts for Taoglas Group Holdings Ltd show that turnover rose by 29 per cent to €44.6 million in the year to the end of 2017. This led to a spike in costs, with its operating profit increasing by 7.7 per cent to just under €4.4 million.

The company’s tax charge roughly quadrupled during the year to €1.4 million, which had the effect of reducing its after-tax profit by 20 per cent to just under €3 million.

Taoglas has been trading since 2004, and has facilities in Dublin, Wexford, Taiwan, the US, Germany and China, employing more than 300 staff. It also has a production facility in Taiwan. It is led by directors Ronan Quinlan and Dermot Michael O’Shea.

A spokesman for the company said it had achieved significant sales growth driven by the increasing requirements for connectivity across consumer, enterprise and transportation applications.

He said the group had invested heavily during the year in research and development (R&D), recruitment (100-plus staff were hired), and expansion with new facilities in Dublin and China and continued investment in its manufacturing plant in Taiwan.

The investment in Dublin was focused on next-generation technologies in 5G, the internet of things (IoT), and satellite navigation.

Enterprise Ireland recently approved a grant for the company to support its plans for R&D, which will support another 20-plus new jobs over the next 18 to 24 months in Dublin and Enniscorthy.

Taoglas has had a number of R&D projects under way with Irish companies in 2018, including with Synecco in Galway and AJ plastics in Clare. These will bring next-generation IoT products and production capabilities to the global export market in 2019.

In Enniscorthy, customers can build and order a full antenna assembly with customised cables, and connectors and guaranteed delivery worldwide within 48 hours from the facility. This initiative alone posted treble-digit revenue growth in 2017.

1 Basic income for all: Has the Covid crisis given us a new economic model?
2 ‘I don’t need to do any of this. . .I don’t actually need to work.’
3 Promontoria barred from pursuing doctor over Ulster Bank loan
4 Only way is up for Stripe as valuation skyrockets
5 White knights or loan book cannibals – what will happen at Ulster Bank?
Real news has value SUBSCRIBE