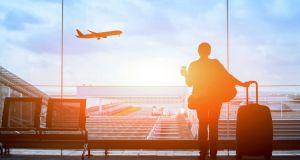 Datalex has appointed the former chief financial officer of the National Asset Management Agency (Nama) to take over the same position from December 5th.

The listed travel software company, in which businessman Dermot Desmond has a stake, said in September its existing chief financial officer, David Kennedy, will be stepping down at the end of the year.

Most recently, Mr Rooney was chief financial officer of Amaris Hospitality, a hotel investment and management group owned by private equity group Lone Star. Before that, Mr Rooney held the same position in Nama, having previously worked as a senior portfolio manager there.

Mr Rooney began his career with Arthur Andersen, where he worked between 1997 and 2002 before joining KPMG.

“I am very happy to be joining Datalex at this exciting time in the group’s development,” Mr Rooney said. “Datalex has a strong brand position with a significant and growing market opportunity.”

Datalex, whose clients include Aer Lingus and Lufthansa, provides airlines with a platform which allows them increase the range and scale of products and services they can offer to passengers.

“In our view, the appointment of another experienced candidate, with a CV that includes roles as chief financial officer of Amaris and Nama, will be well received as it adds another element of certainty to the Datalex investment case,” Davy analyst Ross Harvey said in a note to clients.