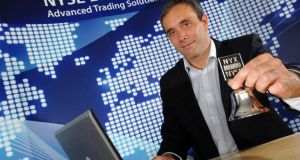 The company, which first began operations in the North in late 2014, already employs 100 people in Belfast city. It originally announced plans to increase headcount to 150 people in locally last October.

The new jobs will be in a number of areas, including technical support, engineering, cybersecurity, account management and marketing.

The company is led by Danny Moore, formerly chief executive of Belfast-based trading technology firm Wombat Financial Software, which was acquired by NYSE Euronext for $200 million in March 2008. He later went on to establish Lough Shore Investments locally before joining Options in late 2012.

2 ‘They’re not making any more land, so it will be valuable’

4 Wild Geese: ‘You can’t let fear control your life or your decisions’