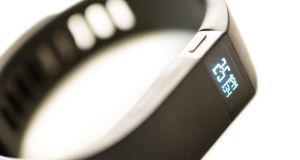 Google has pledged not to use the health data gathered by Fitbit’s tens of millions of users to enhance its ability to target advertising. Photograph: iStock

The EU will open a full-scale investigation into Google’s $2.1 billion (€1.8 billion) bid for fitness tracking company Fitbit, according to two people with direct knowledge of the situation, in a sign that regulators are unsatisfied with the concessions Google has made so far.

Google has pledged not to use the health data gathered by Fitbit’s tens of millions of users to enhance its ability to target advertising.

But EU officials demanded further concessions, including guarantees that all of Fitbit’s data would be open to third parties on equal terms, and a promise that Google would not use the data to improve its search engine business.

The EU has now decided to open a longer antitrust investigation, delaying the deal further. Australian regulators have also raised concerns about the deal, while US politicians have said it risks entrenching Google’s power online.

Consumer groups in the US and in Europe have warned against the deal, with BEUC, the umbrella group for EU consumer lobbyists, saying that regulators should assume that “in practice” Google will use all of Fitbit’s “currently independent unique, highly sensitive data set”.

Google declined to comment but referred to its most recent statement, in which it said the deal was “about devices, not data”.

“The wearables space is crowded, and we believe the combination of Google and Fitbit’s hardware efforts will increase competition in the sector, benefiting consumers and making the next generation of devices better and more affordable.

“We appreciate the opportunity to work with the European Commission on an approach that safeguards consumers’ expectations that Fitbit device data won’t be used for advertising.”