Research by OpenSky found 55% would prefer to use apps or websites when applying for visas, passports and driving licences, filing tax records and accessing health records 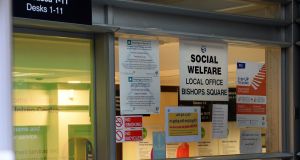 More than three quarters of Irish people think automation would help enhance the quality of service provided by public sector organisations, a new study has found.

The research, commissioned by digital transformation specialist OpenSky, found 55 per cent of people would prefer to use apps or websites to deal with public organisations, including when collecting benefits, applying for visas, passports and driving licences, filing or accessing tax records and accessing health records.

More than half said they prefer online access as they can do it at any time, while 52 per cent said it was faster response times that made digital channels more appealing. Increased efficiency was third, at 43 per cent, while 28 per cent said they preferred not to have to deal with “unhelpful” public servants. .

The survey, which questioned more than 1,000 citizens across the country, found telephone was the second most popular method of communication.

Long waiting times was chief among complaints when dealing with public sector organisations, with 33 per cent citing it. Around a quarter criticised customer service levels.

The recent lockdown measures to help curb the spread of coronavirus has led to a spotlight on online services as people turned to the internet and digital channels for everything from shopping and socialising to work and dealing with the State organisations.

“Increasingly, people want more information and greater access at their fingertips – as illustrated by the significant uptake of the Covid-19 contact tracing app. They also want better, faster service which has resulted in online channels of communication and technologies that enable automation coming to the fore,” said William Flanagan, technology and commercial director, OpenSky.

“By digitalising processes and engaging with cutting-edge technologies, there is an opportunity for organisations and businesses to give people back more time – not just citizens but also workers. An online approach with people at the centre has the potential to improve how we as a nation work, across all facets of life, and benefit everyone.”