The tech company, which was founded in 1999, employs more than 500 people 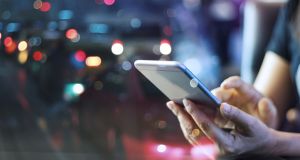 Amdocs is paying $180 million in cash for Openet with the deal expected to be completed before the end of the year. Photograph: iStock

Mr Maloney’s Taggia Investments and Cipio both owned about a third of the business each, while managment and staff owned circa 17 per cent.

Cipio Partners in particular will be particularly happy with the exit given it only invested in Openet for the first time in the 20-year-old company in 2017.

Cross Atlantic Capital, a fund led by entrepreneur Gerry McCrory that has more than $500 million under management, had a circa 9 per cent stake in Openet while Goodbody and Enterprise Ireland were among the other backers.

The deal to buy the company came just two years after the rivals settled a long-running patent infringement dispute. It marks Amdocs third Irish acquisition after having previously bought Brite:Bill in 2016, and ChangingWorlds in 2008.

Openet is a telecoms software solutions provider, founded by Joe Hogan in 1999. It employs 580 people, 200 of which are in Dublin.

The company provides products that enable service providers to create new revenues and improve customer engagement. In recent years, it has become a leader in 5G charging and policy cloud-based technologies. Among its 350 customers are T-Mobile, BT, Sprint, Eir and Vodafone.

“Given the strong momentum of our business this is an optimal time to be joining Amdocs. The calibre, resources and reach of Amdocs will bring significant and widespread opportunities across each of our disciplines,” said chief executive Niall Norton.

Openet, which prior to the acquisition was one of the largest privately-owned software companies in the Republic with revenues of about $70 million, also has offices in the US, Malaysia and Brazil and a global customer base.

“We have been on a 20-year journey in Openet to build a business of which we can all be proud,” said Mr Hogan, who serves as the company’s chief technology officer.

Amdocs is paying $180 million in cash for Openet with the deal expected to be completed before the end of the year. The impact of the acquisition on Amdocs’ non-GAAP diluted earnings per share is expected to be neutral in the full fiscal years 2020 and 2021, and accretive thereafter, it said.

The company, which was founded in Israel but is now headquartered in Missouri, two years ago agreed to license a number of patents to Openet as part of a settlement. The case began in 2010 when Amdocs initiated court action in the US alleging Openet had infringed its patents, a claim vigorously defended by the Dublin-based company.

“We are delighted the innovative Openet team is joining Amdocs. They bring world-class cloud-native capabilities, network pedigree, and deep 5G charging, policy and data management expertise,” said Shuky Sheffer, Amdoc’s president and chief executive. “The Openet solutions complement our portfolio and this acquisition is part of our mission to accelerate the industry’s move to the cloud.”

Nasdaq-listed Amdocs employs 25,000 people globally, including more than 100 in Dublin. It had revenue of $4.1 billion last year.

1 ‘No demand... because there are no people’ at well-known Dublin pub
2 HSE says fix for Covid Tracker app rolled out to all Android users
3 Buying a second home now that we work from home
4 Nearly 30,000 could lose pandemic payment if they do not confirm eligibility
5 Face masks developed in Ireland could help meat-plant workers
Real news has value SUBSCRIBE