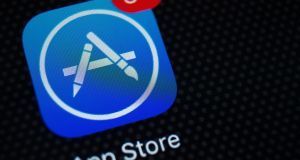 Apple has defended the fees it charges developers who sell software and services through the company’s App Store, tackling an issue that’s likely to be central to a congressional antitrust hearing next week.

The California-based technology giant touted a study it commissioned from consulting firm Analysis Group that concluded Apple’s 30 per cent cut from developers is standard industry practice and “is similar in magnitude to the commission rates charged by many other app stores and digital content marketplaces”.

After the first year a user subscribes to an app, Apple’s fee drops to 15 per cent, and the study said that cut is on the “low end”, compared with other digital stores including Google’s Play Store and similar offerings from Amazon. com, Microsoft, Sony and Nintendo.

The study analysed other levies charged by digital content platforms such as Google’s YouTube, Roku, Twitch and Audible, and found them to be higher. Analysis Group also defended Apple’s App Store by arguing that when brick-and-mortar stores sell physical copies of video games, software and books, developers and creators can be left with half of the money, or less.

Apple’s App Store is being scrutinised by regulators in the US and Europe, after some developers have complained for years about high fees, overly strict rules and that the company’s own apps have an unfair advantage on its platform and devices.

Chief executive Tim Cook is scheduled to testify at hearing on Monday by a House antitrust panel that is investigating competition in the technology industry. The CEOs of Amazon, Facebook and Alphabet will also appear.

Last month, another Analysis Group study commissioned by Apple said that the App Store facilitated $519 billion in sales last year, underscoring the influence of the digital marketplace on the global economy. – Bloomberg