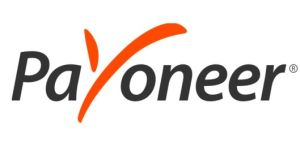 Overall, the company, which is valued at more than $1 billion, claims 4 million customers globally

Payoneer, a New York-headquartered digital payments company that has raised more than $265 million (€243.5 million) in investment, has secured an e-money licence from the Central Bank.

The news comes as the company announced the opening of a new office in Dublin.

Payoneer is the 12th company to be granted an e-money licence by the Central Bank, which allows it to passport its services across the European Union. Other companies to obtain the licence include Facebook, Stripe, Soldo and Irish fintech Prepaid Financial Services.

“This license is the culmination of our efforts to ensure stability and continuity for our customers. With this investment, we are able to continue to support the growth of our customers from around the globe, keeping cross-border commerce flowing smoothly, regardless of the regulatory changes triggered by Brexit,” said chief executive Scott Galit.

Founded in 2005, Payoneer has developed a digital platform that facilitates handle cross-border payments in more than 200 countries. Among the companies to use its solutions are Airbnb, Amazon and Google.

Overall, the company, which is valued at more than $1 billion, making it a so-called tech unicorn, claims four million customers globally. It has over 1,500 employees across 21 offices.