Hands on: How does Samsung’s new S20 Ultra compare? 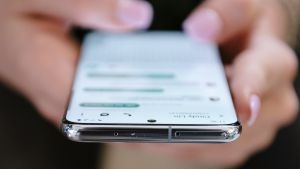 Where to buy: Samsung.com

If you were looking forward to Samsung releasing the S11, you may be disappointed. The phone maker has opted to name its new phones S20; it’s a new name new name for a new decade, in case you didn’t get the reference.

That’s not the only thing it has changed. The S20 comes with three versions, and none of them are named “lite” or “S20e”. Instead, Samsung has gone for the S20, the S20+ and the S20 Ultra. Out of the three, the S20 Ultra is sure to be the one that gets the most attention. It’s not just for the not-inconsiderable price tag either; the S20 Ultra is touting a camera that offers a 108 megapixel ultra wide angle lens, and a 100x zoom to get you as close to the action as possible.

How deep are you willing to dig for that camera? That’s another question you might have to think over, The Ultra 20 isn’t cheap; at €1,379 for the smaller capacity, it’s a decent chunk of change to have to fork over in one go. Most people won’t be doing that, of course. They’ll get a deal with their network, so the cost will be spread over months instead of a single painful blow to your wallet.

But Samsung is betting that the S20 Ultra and its super-sized zoom will be enough to persuade people that they need to go for the premium phone. The impressive-sounding 100x zoom is a certainly a curiosity. But how does that zoom stand up in the real world? Initial tests were with the pre-release software – and in a closed room – so it is hard to judge definitively. The camera does well on the 30x zoom, but when you bump it up to 100x, there’s a noticeable difference in quality. Still, it may come in handy for those stadium concerts, provided the lighting doesn’t throw a spanner in the works. It’s something we will look forward to testing more thoroughly when the review units land.

Overall, the photographs that came out of the S20 Ultra were impressive - as you would expect with specs like that. Samsung usually puts a bit of emphasis on the camera quality, so this doesn’t really come as a surprise.

The other interesting feature is the Single Take mode. That allows you to take two different video clips, and a range of images, including a black and white one, all with one press. It means you don’t have to choose between video and still images any more, nor do you have to risk the slight pause in footage if you decide to take a photograph while shooting video.

One thing to note is that impressive camera unit has to go somewhere, so there is a bit of a trade-off on the design. That comes in the form of a fairly sizeable bump on the back. Put a case on it and you will notice it less, but it’s a more prominent feature than some people will like.

Other than that, the S20 Ultra is what you would expect from Samsung. It has the ultrasonic fingerprint reader built into the display, and like the S10 before it, it ditches the notch and goes for the camera punched out of the main display.

And that display is pretty big. The Note 10+ went for 6.8 inches, and that felt like it was pushing the limits of what we could comfortably tolerate. The S20 Ultra is a whopping 6.9 inches, but it doesn’t feel massively bulky in your hand.

If you think about it, that’s the same size as some of the tablets we used to use. But the 20 Ultra is no tablet. Samsung has shrunk the bezels, to the point where it feels almost indistinguishable from the Note 10+.

However, that price tag might be a little too much for some people.