Far from the best day in Google’s search history 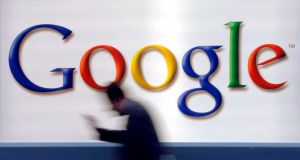 Wednesday hasn’t been the best day for Google so far. The search giant should have been on a high after announcing its Stadia streaming games platform, which means a move into a multibillion dollar market for the company. Instead, the news was dominated by yet another fine from the European Commission’s competition regulators – this time for €1.49 billion.

By 2009 it had relaxed that demand, allowing websites to show competing advertisers on their pages, but instead they had to display a minimum number of Google adverts in prime locations. Google also had the right to authorise changes to competitors’ adverts. The contracts were changed again in 2016.

The latest fine follows two other investigations in the past couple of years into Google’s practices. Last year the company was fined €4.3 billion for abusing the dominant market position of its Android mobile operating system, and in 2017 it was fined €2.4 billion for promoting its own shopping comparison services at the top of search results.

The company is appealing those previous two fines. In the meantime, Google has been making moves to allay regulators’ concerns, making Android users more aware of rival apps, for example.

Of course it could always be worse. The maximum fine it was facing this week was up to $13 billion. In that light, €1.5 billion looks like a mere slap on the wrist.

But this is not the end. Regulators are still looking at Google’s behaviour in other areas such as dedicated search for travel, jobs and local businesses and there is the possibility of further investigations depending on what is found.

All in all, it has been an expensive business for Google and its parent company Alphabet. The company has paid more than €8 billion in fines in the past couple of years. And even though that is only a fraction of the revenue it generated over that period – Google notched up $136.8 billion in revenue for 2018 alone – it is still money that could be better used elsewhere. Especially when you consider that the cost of doing business for Google is rising.