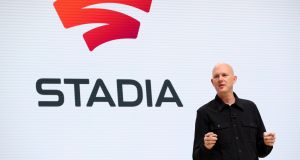 Google is targeting the games market with a new streaming service, Stadia.

Announced at the Game Developers Conference in San Francisco, the new video game platform aims to bring instant access to games on any type of screen, including TVs, laptops, desktops, tablets or mobile phones.

“Our goal is to make those games available in resolutions up to 4K and 60 frames per second with HDR and surround sound,” said Phil Harrison, vice president and GM, Google Stadia.

Developers will be able to build on the streaming platform, creating games that players can access through the web instead of dedicated consoles or PCs. The platform has its own controller, which Google also unveiled, and will run on Google’s globally connected network of data centres.

The company plans to launch the service later this year, with the United States, Canada, United Kingdom and Europe set to get it first.

Although Google currently operates in the games market through its Play Store on Android, Stadia is a major move for the tech company.

“Technology should adapt to people, not the other way around,” chief executive Sundar Pichai said at the event. “We are dead serious about making technology accessible for everyone.”

However, there was no information on what Stadia would cost to access, or if Google was planning to fund the platform through advertising. Google didn’t say what support Stadia would get from well-known games publishers.

“There’s no word on pricing, what’s the revenue model?” said Joost van Dreunen, co-founder of gaming research firm SuperData. “It’s a little bit like saying we’re going to start a restaurant but we have no idea what cuisine we’re making.”

Google also said it’s forming a studio to create its own games, led by Jade Raymond, a former executive for gaming company Ubisoft Entertainment. Google did not say how much it would spend on that initiative.