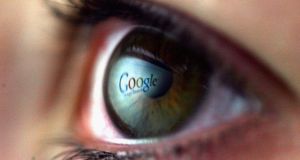 The European Union has fined Google €1.49 billion for breaching EU antitrust rules with its search advertising, saying it misused its dominant position in the market for brokering online search adverts.

The European Commission had been looking into Google’s AdSense network, investigating the company for hampering potential rival search advertisers.

The EU said the tech giant abused its market dominance by imposing restrictive clauses in contracts with third-party websites which prevented Google’s rivals from placing their search adverts on these websites.

“Google has cemented its dominance in online search adverts and shielded itself from competitive pressure by imposing anti-competitive contractual restrictions on third-party websites,” said Margrethe Vestager, the commissioner in charge of competition policy. “This is illegal under EU antitrust rules. The misconduct lasted over 10 years and denied other companies the possibility to compete on the merits and to innovate – and consumers the benefits of competition.”

Google’s senior vice-president of global affairs, Kent Walker, said it had already made some changes and planned further developments to address the concerns raised.

“We’ve always agreed that healthy, thriving markets are in everyone’s interest,” he said. “We’ve already made a wide range of changes to our products to address the commission’s concerns. Over the next few months, we’ll be making further updates to give more visibility to rivals in Europe. ”

The commission last year handed Google a record €4.34 billion fine for using the market power of its mobile software to block rivals in areas such as internet browsing. By pre-installing its Chrome browser and Google search app on Android devices, Google had an unfair advantage over its rivals, said EU enforcers. The previous summer, it was hit with a €2.4 billion fine for favouring its own shopping comparison services over competitors. Google is appealing both those decisions.

Mr Walker said Google will prompt users of its Android mobile operating system in Europe to choose their preferred browsers and search apps, making them aware of their options.

“After the commission’s July 2018 decision, we changed the licensing model for the Google apps we build for use on Android phones, creating new, separate licenses for Google Play, the Google Chrome browser, and for Google Search. In doing so, we maintained the freedom for phone makers to install any alternative app alongside a Google app,” wrote Mr Walker in a blog post.

“Now we’ll also do more to ensure that Android phone owners know about the wide choice of browsers and search engines available to download to their phones. This will involve asking users of existing and new Android devices in Europe which browser and search apps they would like to use.”

Mr Walker said Android users always had the ability to install alternative browsers on their devices, with the average user adding 50 additional apps to their phones or tablets.

The company, which introduced a licensing fee for device makers to access its app marketplace after the EU sanction, does not plan to scrap the charge.– Additional reporting: Reuters