Don't blame Tinder: swiping right does not lead to sleeping around

Weblog: A survey finds users of the app are no more promiscuous than non-users 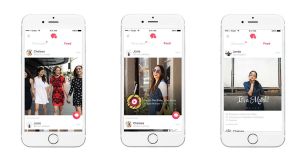 Online dating app Tinder is credited with starting a “swipe right” culture that includes casual hook-ups – and lots of them – but research from the Norwegian University of Science and Technology has found that using picture-based dating apps – as opposed to dating services where the user provides personal information – doesn’t lead to an increase in casual sexual encounters.

In a survey of more than 600 university students aged 19 to 29, it was found on average that long-time users of the app did not tend to have more short-term partners than non-users. So, for those lamenting the death of romance by Tinder, it appears that the app doesn’t change pre-existing behaviours; however, those seeking casual flings are more likely to be users.