Disadvantaged students to get free broadband through library connections 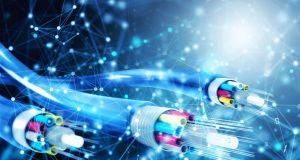 The project is an expansion of Microsoft’s Airband initiative

Children from disadvantaged backgrounds may soon get free broadband access as part of an exploratory project that uses existing high-speed connections in public libraries to provide connections.

Microsoft Ireland and the Local Government Management Agency (LGMA) are partnering on a pilot project that will lead to broadband being provided to second-level students in Delivery Equality of Opportunity (DEIS) schools across counties Carlow, Donegal, Kilkenny, Mayo and Waterford for the duration of their senior cycle.

The initiative sees the public library broadband network being used to deliver connections onwards to up to 200 households.

It takes advantage of Television White Space (TVWS),which is unused blocks of broadcast spectrum located between the frequencies assigned to television stations. This can be used to create wireless broadband connections over long distances and with no line of sight.

The trial gets underway shortly and will be reviewed on a six-monthly basis.

The project is an expansion of Microsoft’s Airband initiative, which launched in the US in mid-2017 with a plan to provide broadband access to 3 million people in rural areas by mid-2022.

The initiative had to date made broadband available to 633,000 people in 25 states and Puerto Rico.

“This initiative really demonstrates the reach and impact libraries can have, finding new ways to do things, breaking down barriers, and delivering equality of opportunity. We hope to learn from this pilot project to deliver more interventions to support students and others in future,” said Tom Enright, chair of the Libraries Development Committee.