AMD and ConsenSys joint venture chooses Dublin for its headquarters

W3BCloud raises $20.5m as it plans to roll out data centres across the globe 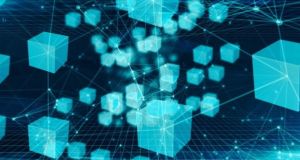 The company is to be co-located at ConsenSys’ offices in Dublin and intends to take on about 20 people.

A joint venture between chip maker Advanced Micro Devices (AMD) and blockchain software company ConsenSys – which is to have its headquarters in Dublin – has raised $20.5 million (€18.2 million) to roll out a network of decentralised data centres globally.

Speaking to The Irish Times, W3BCloud co-founder and chief information officer Wael Aburida said the joint venture intended to have 40 data centres in operation within four years, including at least one in the Republic.

AMD and ConsenSys first announced plans to develop an enterprise cloud computing blockchain infrastructure that combines increased speed with state-of-the-art security early last year. W3bCloud said it had completed an initial close of $20.5 million in convertible notes from it parents, with a plan to raise a further $9.5 million shortly.

The company is to be located at ConsenSys’ offices in Dublin and intends to take on about 20 people, initially working in research and development. ConsenSys was founded by Joe Lubin, a co-founder of the blockchain-based distributed software platform ethereum. It established operations in the Republic in May 2018 and employs about 30 people.

Mr Aburida said the company had already built a data centre in Washington State as part of a larger planned network.

“We expect to build a data centre in Ireland, probably next year and are excited about that. Our footprint is very different from traditional data centres because blockchain-centric ones are relatively small as we create a software layer on top of the network that works like a mesh with all data centres working together to validate transactions onto the blockchain,” he said.

Mr Aburida added that unlike data centres which had been based in and around Dublin and could tax the electricity grid, W3bCloud was focused on establishing its centres in a way that wouldn’t add to the burden.

He said there was a strong commercial use case for its solutions, particularly in areas such as online gaming, artificial intelligence and machine learning applications, which are all heavily reliant on high-performing GPUs.

Claire Fitzpatrick, global director of strategy and operations for ConsenSys, said the decision of W3BCloud to choose Dublin for its headquarters was a vote of confidence in the State’s attempt to establish a thriving blockchain ecosystem locally.

“While blockchain is a nascent technology here, we’ve a very strong technical team here, building product here, and bringing W3BCloud’s R&D here will only strengthen that further,” she said.

1 Big Four told to outline plans for audit split in UK by October
2 Why gift a son now if it eats into his tax-free inheritance threshold?
3 Chris Johns: Economic self-harm is the root of populism
4 Stocktake: Playing poker with the day traders
5 Sorry, Domhnall Gleeson, I don’t want to chat to you anymore
Real news has value SUBSCRIBE