Dublin lags London for US software companies expanding into Europe

London, Dublin and Amsterdam are the first location choices for US SaaS companies 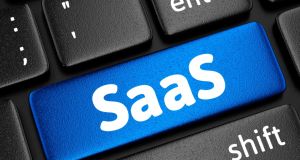 US Software-as-a-Service companies typically opt for London, Dublin and Amsterdam

Dublin is the second most popular city in Europe for fast-growing software companies expanding outside the US, a new report shows.

However, it lags far behind London, which is where some 60 per cent of companies first land and where 31 per cent of their eventual workforce is located.

The study from Frontline Ventures shows that following the Brexit vote, the number of US software companies expanding to Europe collapsed by 60 per cent and has yet to rebound.

Unsurprisingly, the UK is the most popular port of entry in terms of countries, attracting 63 per cent of all companies landing in Europe. It is followed by Ireland at 10 per cent with approximately 1 per cent of arriving companies basing themselves in Cork. The Netherlands is in third place at 6 per cent, while France and Germany both attract 2 per cent of US companies.

The study was produced by analysing expansion data from 175 business to business (B2B) software companies, along with follow-up interviews.

Some 60 per cent of companies expanding into Europe initially lean towards developing customer facing roles with the remaining 40 per cent focused on product and engineering.

The study shows that companies typically meaningfully expand to Europe following Series B funding rounds with most of those arriving currently far better funded than would have been the case 15 years ago.

While low corporation tax has enabled cities such as Dublin and Amsterdam to become attractive for US software companies, it is no longer seen as the key driver for choosing such locations.

Dublin and London-based Frontline, announced an $80 million fund to help software companies moving into Europe earlier this year. Frontline X is focused on growth-stage business to business (B2B) companies that are on target to go public. The fund will invest up to $5 million in individual companies alongside lead investors in Series B, C of D rounds.