Datalex’s auditors warned on revenue risks in past two years 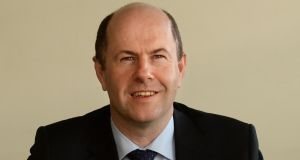 Datalex, the Dublin-listed travel and digital commerce software provider for airlines, saw two audit firms highlight risks with how it books revenue and accounts for product development costs, before the company issued a massive profit warning this week.

The company, in which billionaire Irish businessman Dermot Desmond is the largest shareholder with a 26.4 per cent stake, saw its shares tumble 59 per cent on Tuesday after it said it would report and adjusted earnings before interest, tax, depreciation and amortisation (ebitda) of a loss of up to $4 million for 2018 – some $20 million off what stock market analysts had been expecting.

The warning relates to Datalex taking an overly optimistic view on the service revenues it could recover from Lufthansa as its biggest-ever project, overhauling the German flag carrier’s online commerce offering, ran into significant cost and deadline overruns last year, The Irish Times reported earlier this week.

Datalex remains in talks with the customer, which it did not name, on recovering the shortfall, but sources said that the contract, originally agreed in 2016, is much more favourable to Lufthansa.

The entire project was originally supposed to go live early last year. However, sources said that the first of three phases is now set to be operating only from next month.

Datalex’s external auditors, EY, warned in Datalex’s 2017 annual report that “there was a heightened degree of subjectivity applied by management” as it calculated the level of revenue it could book, based on the estimated stage of the project.

The company’s previous long-standing external auditors, PwC Ireland, highlighted in its final assessment for the 2016 annual report that Datalex had to “exercise significant judgment” in assessing how advanced projects were, when it came to booking service revenues.

Both auditors also drew Datalex’s audit committee’s attention to the high degree of judgment and estimation there was in management in determining how much of the company’s multimillion-euro project development expenditure could be “capitalised”, or added to its asset base.

The higher the level of research and development spend can be capitalised, the less that needs to be written off and deducted against profits. This is a highly subjective area in the software industry.

A spokesman for the company, which is led by chief executive Aidan Brogan, declined to comment. PwC has been hired to carry out a review of the circumstances behind the shock profit warning this week.

The profit alert came only eight weeks after Datalex issued a positive trading update, saying it had been performing in line with expectations up to November 23rd and that it was “confident” about delivering double-digit percentage ebitda growth for the full year.