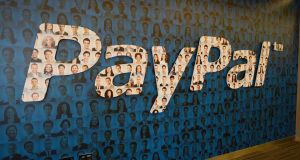 PayPal is updating the traditional concept of the “kitty”, introducing Money Pools to help people chip in for everything from group gifts to shared household expenses.

The new feature helps people get paid back by friends for purchases by chipping in digitally. According to research from PayPal, 86 per cent of Irish consumers said they have been involved in group purchases such as restaurant bills, gifts and travel expenses. However, we find it difficult to reclaim the money, with 32 per cent saying they had difficulty being reimbursed, with work colleagues being the most awkward at 21 per cent. Family members aren’t much better, with 20 per cent saying group purchases were difficult to manage.

The new feature allows PayPal users to create a Money Pool through the app or website, and share the URL with people contributing. It is fee-free if you are using euro, with some conversion costs if other currencies are involved.

PayPal vice-president Louise Phelan said the new feature was a follow on from the company’s move last year to eliminate fees for certain transfers. The company said it would scrap the fees levied on personal payments to friends and family made in euro in a bid to encourage more people to use the service.

“People have been looking for it, and we saw the opportunity in the market,” she said. “It’s a great opp for Irish consumers to set up that facility instead of working to cash.”

The new service will be available to one million PayPal users in Ireland free of charge.

Transferring money digitally has become increasingly convenient for consumers as we are pushed towards a cashless society, and globally PayPal is looking to protect its business from competition.

However, the options in Ireland are still limited. There have been a number of entrants into the Irish market, such as Revolut which allows you split bills by sending payment links, but although Square has its European headquarters in Dublin, it does not yet offer its services to the Irish market.

The main competition for the service at the moment is cash and bank transfers, which are less convenient. “It’s a move away from lengthy bank transfers,” said Ms Phelan. “ It’s the next iteration of innovation for us. Cash is not king, convenience is.”

1 Michael O’Leary is the boss you want to lead an airline out of crisis
2 Fortnite owner signs multimillion deal to buy Irish ‘kidtech’ firm
3 Online shopping makes town centre jobs unviable, says Next boss
4 European commission to appeal against €14.3bn Apple tax ruling
5 Ireland is in danger of losing the woods for the trees on emissions reduction
Real news has value SUBSCRIBE