Social media platform has grappled with misinformation on its site 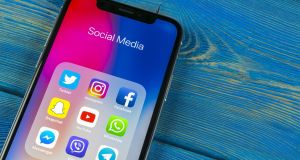 Facebook has taken down two fake news campaigns linked to Russia, as it continues to grapple with misinformation on its platform.

Facebook has removed 289 pages and 75 accounts it says linked to Sputnik, a Russian-backed news agency, to spread discord in the Baltics and across central and eastern Europe.

The social media company has been battling foreign influence on its site. Late last year Facebook said it took down some accounts ahead of the US midterms that federal authorities told them might possibly be from the Russian Internet Research Agency – the same group that tried to influence the 2016 election.

The pages and accounts were associated with Sputnik, and being represented as independent news pages, Mr Gleicher said in an interview. The pages contained anti-Nato sentiment, and encouraged protests.

Facebook was also tipped by US law enforcement regarding a swath of accounts originating in Russia and operated in Ukraine. It removed 107 Facebook pages, groups, and accounts, as well as 41 Instagram accounts, for engaging in coordinated inauthentic behaviour.

Mr Gleicher said that Facebook had also identified overlap with activity by the Internet Research Agency, the group that Special Counsel Robert Mueller indicted for alleged meddling in the 2016 presidential election.

Facebook said it had reached out to law enforcement and local government to follow up with its investigations.

The company has been building up its contacts with cybersecurity research firms and academic institutions, after heavy criticism from the US government for allowing Russia’s interference in 2016. – Bloomberg