Salesforce plans to add up to 1,500 jobs in Ireland 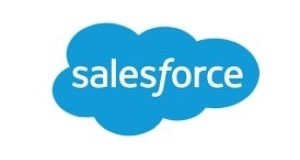 Software company Salesforce. com is planning to add as many as 1,500 jobs in Ireland, according to a person familiar with the matter.

The San Francisco-based group, which already employs more than 1,000 people in Ireland, is set to lay out its Irish expansion plans as soon as Friday in Dublin, according to the person, who asked not to be named because the plan isn’t yet public.

The software maker’s planned hiring spree in Ireland comes amid a broader push to ensure that the company’s strong growth continues. International expansion has been paramount to Salesforce, which generates most of its revenue in the US.

The attempt to diversify from its home market comes as the company’s signature cloud software for sales teams is seeing slowing growth because of its saturation in the market.

Salesforce also pledged in June to spend $2.5 billion to spur sales in Britain, its largest European market, over the next five years. The funds will go to hire new employees, build another UK data centre and expand office space.

The leader in customer-relations management software said in April that it would invest $2.2 billion in its French business over the next five years.

For Ireland, the news will ease concern that recent high-profile tax cases could hurt investment.

Pharma group Perrigo told investors last month that it faced an Irish tax demand for €1.6 billion, the second-largest in the State’s history. Moreover, the European Commission has ordered Ireland to recover €13 billion in tax arrears from Apple. – Bloomberg