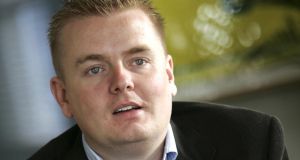 The company develops mobility solutions for internet of things, machine-to-machine and device-manufacturing companies. Its technology allows car manufacturers, in particular, to update mapping and engine software with wireless upgrades that reduces visits to dealerships.

Founded in 2005, Cubic is led by Barry Napier. Its solutions are installed in more than 2.5 million cars across 50 countries with clients including Audi, Panasonic, Volkswagen and Skoda.

The company has previously raised about €100 million in funding, with the European Investment Bank providing a €23.5 million credit facility last year. Other backers include Audi, chip manufacturer Qualcomm, Enterprise Ireland and the Ireland Strategic Investment Fund, the €8 billion fund which is managed and controlled by the National Treasury Management Agency.

Act Venture Capital, which first backed Cubic in 2013, is one of the most active venture capital firms in the Republic, having raised some €500 million across five funds since it was founded in 1994. It has supported more than 200 company founders in that time and seen 74 exits.

Among the technology companies it has previously backed are Corvil, Swrve, AltoCloud, Storyful and Trustev.

The VC deployed about €20 million of capital locally last year and expects to do similar again in 2020.

1 Bank leaked my loan request to family who tried to rip me off
2 Ryanair and Aer Lingus monitor impact of coronavirus on travel to Italy
3 How can I view my dead brother’s will if I’m not the executor?
4 Mastercard to create 1,200 new jobs by expanding base in Dublin
5 Exposed to coronavirus: How Irish business is coping with fallout
Real news has value SUBSCRIBE