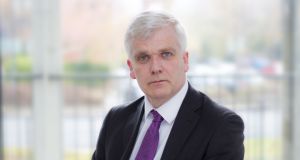 Irish smart energy company GridBeyond has raised £9 million (€10.5 million) in a Series B financing round as it looks to scale the business further and expand into new markets.

The company, formerly known as Endeco Technologies, also intends to use the new investment to double its workforce over the next three years, invest further in research and development, and expand its current offerings.

The company works with grid operators in Ireland and Britain to help large, industrialised energy users reduce their power consumption by using machine learning to optimise use.

“The newly completed financing round sets GridBeyond on the path to increase the reach of our intelligent energy platform, delivering world leading AI and powerful automation capabilities to smart grid and energy markets,” said Mr Phelan, the company’s chief executive.

The company previously raised €3.3 million in 2016 through the ESB’s €200 million NovusModus fund. At that point it also secured an additional €1 million from other shareholders, including Enterprise Ireland. Other backers of the company include Cairn Homes chief executive Michael Stanley and tech investor and Tribal.vc founder Conor Stanley.

“As energy service markets grow and migration to the grid edge continues, there is increasing demand for an intelligent energy management platform with deep understanding of how to optimise value without disruption to energy assets,” said Debbie Rennick, partner at Act Venture Capital.