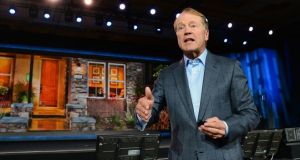 Cisco Systems chief executive Chuck Robbins has struggled to fire up sales as the computing industry shifts to working in the cloud. Photo by Ethan Miller/Getty Images

Cisco Systems chief executive Chuck Robbins will add the executive chairman role to his title, solidifying his position as he tries to remake the business that John Chambers built into one of the largest companies in the technology industry.

Mr Chambers says will not stand for re-election to the post of executive chairman in December, the company said on Monday, ending more than two decades of leadership at the networking company. He first joined the board in 1993. Mr Robbins, who has been chief executive since 2015, will assume that role.

The change gives Mr Robbins more complete control to allow him to try to steer Cisco, the biggest maker of equipment that forms the backbone of the internet, away from its reliance on the high-priced hardware which provides most of its revenue.

Under Mr Chambers (68), who served as chief executive of the company from 1995 until 2015, those products helped raise Cisco’s annual sales from $1.2 billion to nearly $50 billion (€42 billion). That surge stalled as the networking industry changed, and Cisco hasn’t had a double-digit percentage year of revenue expansion, typical under Chambers leadership, since 2010.

As chief executive of Cisco, Mr Chambers was one of the most prominent spokesmen for the boom that transformed the internet into a network that redefined how people work, communicate and get entertainment.

He charted the rise that briefly made Cisco the world’s most valuable company and later navigated it through the dotcom bust, the financial crisis and the advent of a fresh crop of competitors that are creating less-expensive ways to design and manage computer networks.

Mr Robbins, who assumed the chief executive role in July 2015, has struggled to fire up sales as the industry shifts to computing in the cloud – remote data centres that provide services over the internet.

At its annual meeting in December, the board is expected to reduce its size to 11 members, 10 of whom will be independent directors, Cisco said. The company has a mandatory retirement age of 70 for board members.