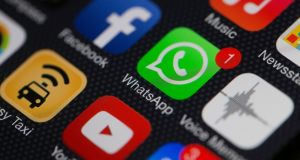 Mergers by data-rich tech firms may need to be examined in a fresh way, outside of normal competition and privacy law structures, because of the vast amounts power personal data gives them, a law professor at the London School of Economics has said.

In a talk entitled Recasting Private Power: Tech Giants as Digital Utilities, Prof Orla Lynskey spoke about the strategic position of content and service providers such as Facebook and Google, noting they had a monopoly, or quasi-monopoly, over information flows.

Prof Lynskey suggested EU anti-trust regulators had also not examined crucial aspects of Facebook’s acquisition of WhatsApp in 2014, because they had not looked at the personal data aspect of the businesses.

She told the event at the at the ADAPT Centre for Digital Content Technology at Trinity College Dublin that the huge volumes of personal data processed by such companies could allow them to profile individuals, giving them a “God’s eye view” using personal data.

There also seemed to be a growing policy concern about the “data power” of such tech companies.

Exploring the question of whether this power warranted some of specific regulatory intervention above and beyond existing regulatory regimes, Prof Lynskey suggested that treating data-driven agreements and mergers in a different way, might prevent the “artificial accumulation” of large databases.

One example of where this could have happened was the Facebook and WhatsApp merger which was cleared by both the Federal Trade Commission in the US and the European Commission, she said.

The merger had been cleared on a similar basis to those involving Google’s acquisition of various home devices, which was that Facebook and WhatsApp were not direct competitors in any particular market.

“They failed to examine why up to 50 per cent of WhatsApp users did in fact have a Facebook account and yet preferred to use WhatsApp over Facebook Messenger,” she said.

“You could at least surmise that part of the reason why some people preferred WhatsApp over Facebook Messenger was privacy related.”

“That factor was not considered.”

“Was WhatsApp here a maverick that offered individuals a privacy-protecting alternative to Facebook? They didn’t consider why Facebook wanted this transaction to go through in the first place.”

In May, the European Commission’s anti-trust regulators fined Facebook €110 million for negligently or recklessly misleading it in relation to the merger.

“The EU commissioner should, perhaps have been asking, if the plan was not to merge these datasets, Facebook wanted to acquire WhatsApp – what was the commercial impetus for the transaction,” Prof Lynskey said.

She said that in the case of a media merger, the impact it might have on freedom of expression was examined.

She asked whether it might be possible to have a similar, non-competition and non-economic assessment of the impact of such mergers on data protection and privacy and whether the aggregation of datasets might give rise to particular concerns.

Prof Lynskey suggested another factor in such mergers had been “perhaps rather weak data enforcement to date, where we have this disconnect between the law on the books and the way in which it’s applied in practice”.

Prof Lynskey has been an assistant professor in the law department at the London School of Economics since September 2012. She teaches and conducts research in the areas of data protection, technology regulation, digital rights and EU law.